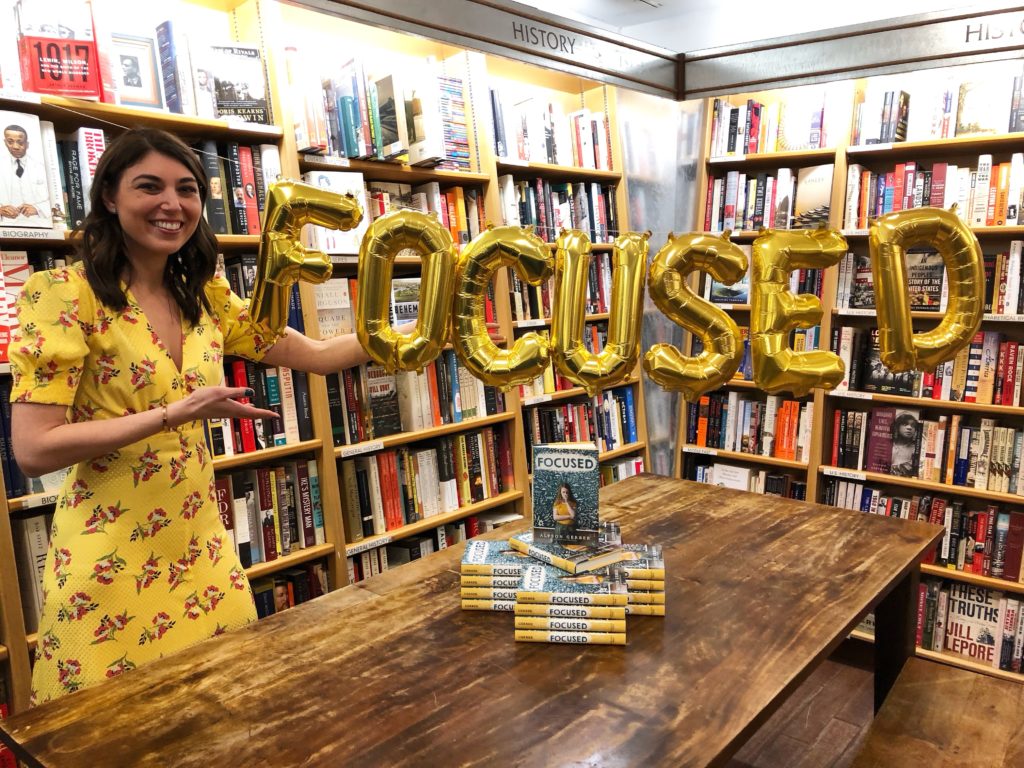 We had such an amazing time celebrating the launch of FOCUSED in NYC.

Shop for a signed copy of FOCUSED from McNally Jackson.

★ “An accurate and compassionate picture of growing up with ADHD is the icing on the cake of this well-told novel.” – Kirkus Reviews, starred review
★ “Truly inspiring!” – Booklist, starred review
★ “This book includes middle school family drama, a little romance, and could be used for growth mindset lessons about being assertive and an effective communicator, identifying what individuals need to succeed, and learning to become a self-advocate.” – School Library Connection, Highly Recommended
★ Junior Library Guild Selection

Following Braced, which had three starred reviews, comes a story of a girl caught between her love of chess and her ADHD.